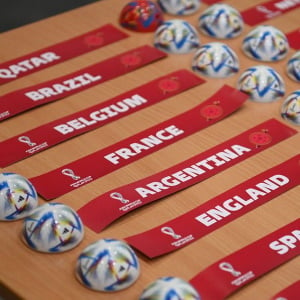 Soccer is the most popular sport on the planet with 3.5 billion fans around the globe. During the 2018 FIFA World Cup, bookmakers took in around $155 billion in wagers. While these numbers are very impressive, this year sportsbooks are getting ready for an even larger amount. In fact, the 2020 World Cup in Qatar will bring more excitement then ever before.  Let’s take a look at our 2022 World cup Betting Facts and Info to see how.

For starters, let’s take a look at the not so obvious facts about the Qatar World Cup. First, this is the first time the World Cup will take place in an Arab nation. In addition, it is only the second time that it will be held in Asia. That year, the World Cup was held jointly between South Korea and Japan. Last but not least, this is the first time that the event will take place this late during the year. The reason for it is because of the extreme summer climate in Qatar.

Furthermore, for the U.S. soccer betting market, this year will be the start of a game changer. According to Per Head Sportsbooks, the 2026 World Cup will take place in the U.S., Canada and Mexico. Needless to say, since it is already getting a lot of enthusiasm from US gamblers, 2026 will be even better.

However, U.S. bookmakers will have to revise their stance on soccer. This is because in Nevada for example, soccer is seen in the “other” category instead of being a major one. Therefore, U.S. Bookies will have 4 years to remedy the situation by looking for solutions for existing sportsbooks.

Open a Sportsbook Operation with PricePerPlayer.com with no Deposit or Obligation