The Wimbledon is always a sports betting favorite, and PricePerPlayer.com Pay Per Head services have the features to provide your players with the best tennis betting experience. The semis will be nothing short of spectacular, especially when you have Rafael Nadal going against Roger Federer. This will be our featured betting preview for bookies today.

If you want to know how to become a bookie, you need to understand your market, and the tennis world is all abuzz with the upcoming match between the two. After all, their last game together was back in 2008, and is, up to this day, hailed as one of the greatest matches in modern tennis history. For those who don’t remember, that match was 5 sets, where Nadal won after 4 hours and 48 minutes, also the longest final (men’s) in the history of Wimbledon.

Betting Preview for Nadal Versus Federer 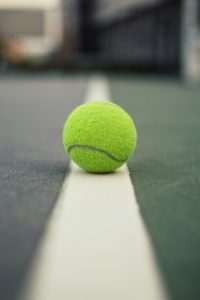 After knowing how to start a sportsbook, focus on the sporting events. This is one you should not miss. The match will be between No.2 Roger Federer and No. 3 Rafael Nadal on July 12, 2019, Friday at 10:00 am EST. Match odds are at -144 for Rafa and +122 for Roger at the Moneyline.

Looking at the history between the two greats, here are a few things to consider when betting. In the Wimbledon, Federer has a 2-1 head-to-head advantage at Wimbledon. He also has an all-time record of eight titles, the latest in 2017. Nadal, meanwhile has won two Wimbledon titles (2008 and 2010).

Nadal and Federer have played against each other 39 times throughout their careers. The head-to-head edge belongs to Rafa with 24-15. As for the last time they faced each other, Nadal won with straight sets of 6-3, 6-4 and 6-2. This was during the semis of the 2019 French Open. Nadal won that match and went on to get his 12th title in the French Open.