Last Tuesday, Colorado Voters took to the polls to cast their vote on the ballot referendum. The measure is called Proposition DD. So far, they have reached just over 50% of the vote. The counting has not yet officially complete. But the required number of votes for the referendum to pass is 50%. So, if the direction of the vote stays the same, the yes vote will lead to an eventual regulated sports betting market in Colorado. As of this morning, the yes vote is at 50.36%, while the no vote is at 49.64. There are 6 counties whose votes have yet to be counted. 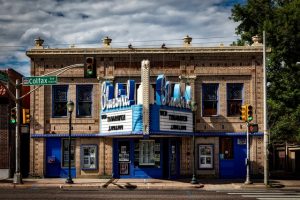 The referendum asks voters if they are in favor of legalizing sports betting in the state for both brick-and-mortar facilities and online wagering as well. This bill has been a long time coming, since legislators wanted to legalize sports betting just after the PASPA repeal last year. Unfortunately, they ran out of time during last year’s legislative session. But they persevered and prepared for a bill for 2019.

The measure was then introduced in April, and was signed into a month later. It passed with bipartisan support, and is one of the fastest turnarounds for any bill from introduction to passing from any state. After all, sports betting contributes to the local economy. PricePerPlayer.com has bookies from all around the world, who all enjoy a steady income from taking in wagers from their players.

Under the measure, operators will pay a tax, which will be used for water conservation projects, among others. Of course, going from here to actually taking bets will take a while. The first bet will probably happen early 2020.

by Robert M. on Sportsbook Pay Per Head Services
a Game changer for my sportsbook

Been a bookie for 20 years and thought it couldnt get any better until I tried their gaming platform...

I started out small a few years ago, so I wanted to make sure I would get my money's worth. The software...