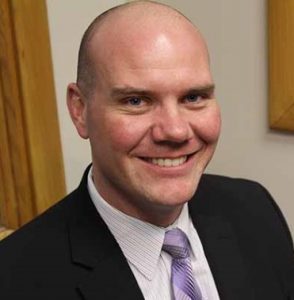 In the past few years, several states have jumped on the legalization of sports betting band wagon.  More than 10 states have passed or are considering bills to make sports betting legal if their Supreme Court decides to make it legal.  The latest state to make the gambling news is Indiana. Indiana considers legalizing sports betting according to a few state lawmakers.

The latest proponent of legalizing sports betting in Indiana is Republican State Representative, Alan Morrison of Terre Haute, IN.

Morrison believes that legal sports betting would be advantageous to Indiana and he would be happy to sponsor such a bill.

Several Obstacles Before the Legalization of Sports Betting in Indiana

His main obstacle would be the NCAA which governs college sports and is against all forms of sports gambling. In fact, the NCAA has even gone as far as barring any of its championship events from being held in Nevada.

“I understand where they’ll be coming from,” Morrison said. “But it’s also important for the NCAA to understand that the landscape of gaming is changing throughout our country. I think they would hopefully have some understanding that Indiana would have rights just like the other states.”

Morrison said that he will introduce such a bill during the upcoming legislative session.  Indiana was the second state to regulate paid fantasy sports back in 2016. However, because of the influence of the NCAA, college sports are not allowed in fantasy sports.

In addition, Indiana is no stranger to gambling.  The State is already home to several casinos which include: French Lick casino, Horseshoe Southern Indiana and Horseshoe Hammond.

State Representative, Alan Morrison has been a longstanding advocate for the legalization sports betting and if he can pull it off, it would be another victory for people interested in how to be an online bookie.