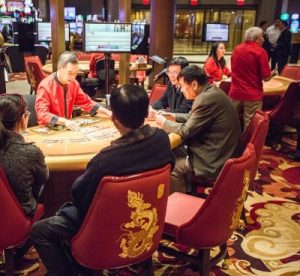 According to the announcement from last Thursday, this is a “temporary” closure in order to reorganize their operation. The company said that it will hire a new firm to operate the gambling aspect of the casino and will re-open in six months.

“Effective immediately Lucky Dragon Hotel & Casino is beginning the process of repositioning and, in doing so, will have a reduction in staff while it temporarily closes all gaming and restaurant operations,”

Since it’s opening with a soft launch in November of 2016 and its official grand opening in December of that year, the Luck Dragon Casino has had very little luck attracting customers.  The original idea behind the casino was to attract local Asian-American customers.  However, a report from Las Vegas Review-Journal back in December of 2017 said that the casino appeared to be struggling.

Some of the best sports betting software experts are speculating they may have to vary their Asian theme an instead target other in order to bring more clients.

Other companies have tried to develop the North Strip of Las Vegas without much success.  One example is the Fontainebleau project.  The original Fontainebleau Las Vegas project was supposed to begin construction in 2006 and be completed in 2008.  The project went bankrupt in 2009.

Before it was the Fontainebleau, the lot it sat on was suppose to make way for a London-themed resort in May of 2000.  The project never took place but instead was sold for $97 million to Turnberry Associates for the Fontainebleau Hotel and Casino.

After remaining an empty husk of a building for several years, the unfinished Fontainebleau sold for $600 million in August of 2017. The buyers were New York developer Steve Witkoff and Miami investment firm New Valley.

To date, the new owners have not announced any plans for the unfinished building. Once again Leaving the North strip in Las Vegas with another unfinished project.

There is yet hope for the struggling Las Vegas North strip.  Wynn Resorts recently announced that it had just purchased a lot in the area and plans to develop it.  This gives Wynn Resort control over 280 acres of contiguous property and plans to start construction of Paradise Park in January.

by Robert M. on Sportsbook Pay Per Head Services
a Game changer for my sportsbook

Been a bookie for 20 years and thought it couldnt get any better until I tried their gaming platform...

I started out small a few years ago, so I wanted to make sure I would get my money's worth. The software...