Ever since the Interactive Gambling Amendment Bill 2016 came about in Australia to close the “loopholes” allowing online gambling to continue, a max exodus of online gambling operators have been leaving the Australian Gambling Market. 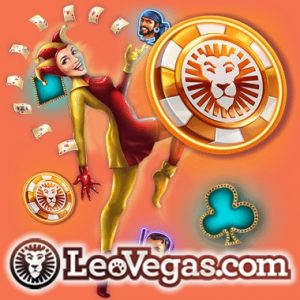 LeoVegas, a Swedish leading online casino, sports betting and poker operator has just announced that it would stop its operation in Australia as of September 10, 2017.  LeoVegas has already informed its affiliated and that Australian players would no longer be able to access their account after that date.

The Interactive Gambling Amendment Bill 2016 which was given the go ahead is aimed at eliminating online poker from the local gambling options.  In addition the bill also made live sports betting illegal which was added to the amendment to stop corruption in sports.

LeoVegas is just the latest known and established operator to eave Australia which include: 888poker, Bing operator Vera&John, 32Red, PartyPoker.

Just earlier this week, the affiliate brand of Mansion Group known as iAffiliates and Genesis Global Limited also informed its customers that the company’s service will no longer be available.  Poker Stars will also be leaving the country on September 11, 2017.

This gambling addiction has had a high social cost in Australia bringing bankruptcy, homelessness, suicide and domestic violence in its wake.

Liberal Democrats senator David Leyonhjelm who was and still is opposed the Interactive Gambling Amendment Bill 2016 said that “It’s stupid” during an interview back in March of 2017 with the Huffington Post Australia.

“If you want to play poker, there are lots of opportunities in Australia, at casinos and tournaments. It’s not as if there isn’t a great deal of poker playing already, but they’re just stopping it online. The whole world is online now.”

Many sports betting software operators believe that the Interactive Gambling Amendment Bill 2016 will not stop illegal operations in the country and will actually encourage the gambling black market in Australia.