Your sportsbook pay per head bookie business may do well with wagers on other sports like baseball, football, and basketball. But don’t miss out on wagers on other lucrative sports events, such as tennis and golf. If you can know and maximize how does a pay per head work, you can earn so much from a multitude of wagering options from different international sports.

And this year is particularly interesting, since Golf is getting exciting with Tiger Woods. Everyone knows about Tiger Woods’ personal life, and his 11-year absence from winning any major championship. But right now, Woods is a top favorite to win the other three major tournaments scheduled for the remainder of the year. 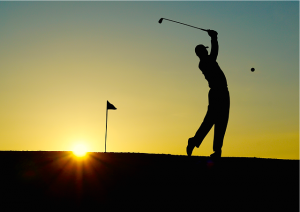 Tiger Woods won the Masters last Sunday. This was surprising, since he was third in odds for winning the Masters are +1400. The Favorite was McIlroy at +800 and Dustin Johnson at +1000. This was Woods’ first win at the Masters since 2005.

Additionally, this is Woods’ 15th Majors win, 3 wins short of All-time record holder Jack Nicklaus at 18 majors. As current bookie favorite, some are hopeful that Woods could at least tie the record this year with the remaining tournaments of 2019. The odds for Woods to win the British Open and the U.S. Open are both at +600, with +700 for the PGA Championship. Of course, no other golfer has won all four majors tournament in a calendar year.

Fans are optimistic, of course. Woods is familiar with the courses of the majority of the tournaments left in the year. The PGA Championship will be the next stop for Woods. This will be in May 16 to 19, and will be at the Bethpage Black Course in N.Y. The next would be the US Open on June 13-16 at Pebble Beach Golf Course Links in California. The last would be the British Open in July 18-21, which will be at the Royal Portrush Golf Club in North Ireland.

by Lewis on Sportsbook Pay Per Head Services
My Choice!

Keep up the good work! I haven't encountered any problems with their services and satisfied with them...

I usually dont write reviews but these guys really deserve some praise. I decided to try my hand at ...