A good sportsbook pay per head can turn in a tidy sum of profit in a single year. There are thousands of dollars’ worth to be made from thousands of sporting events across the globe. Governments are aware of this. And have therefore legalized and regulated a sports gambling industry that contributes taxes and licensing fees. In the case of Louisiana in the US, however, efforts to pass sports betting legislation in the state is looking bleak.

A sports betting platform can be set up in minutes, to be able to operate your own sportsbook. The process is simple, and streamlined. While laws can be very detailed, taking more than a legislative session could be more than just about the bill. But the topic itself. 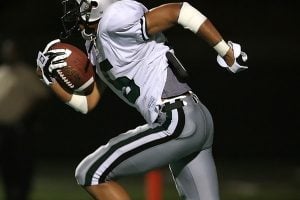 The bill has been moving, albeit slowly, and has finally met senate approval. The bill proposes legalized sports betting on international, professional and collegiate sports events. People will be allowed to place wagers in casinos and racetracks. But once the bill was in the House, things started to go awry.

Senator Danny Martiny, who wrote the bill, argues that neighboring state, Mississipi, and other international sports betting sites were earning from Louisiana citizens through sports wagers. The state might as well benefit from them instead. The bill could help increase the tax income of the state and protect consumers as well.

The House, however, has other ideas. The House Appropriations Committee denied the bill passage by 14-6. There are also so many amendments complicating the bill. And preventing it from successful discussion in the house floor for voting. The efforts against the bill is mostly about concerns about gambling becoming an addiction problem. This is despite studies that state the opposite of this. The bill, however, can give the state as much as $60 million in revenues each year, if the people do decide to vote for it. The bill only proposes parishes to place a ballot entry in the upcoming elections in October to vote to allow sports betting or not.