The Golden State Warriors pulled through in a narrow win over the Toronto Raptors in Game 5 of the NBA Finals. This gives bookies with good PPH sportsbook sites additional games to wager on. But before you lock in your sportsbook software, find out what experts are saying about Game 6 of the NBA Finals.

The odds for the game are as follows: the spread is, -2.5 for the Warriors, with the Over/Under at 211. Your pay per head provider will manage your players wagers, but check your lines to make sure you’re cashing on the next couple of games in the peak of the basketball season. 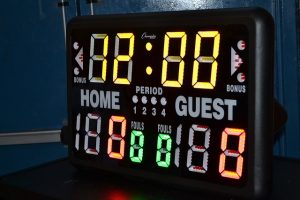 The Warriors barely made it, with a 106-105 win. Throughout the game, the Warriors were leading, but the Raptors were staying close behind. Any chance of Kevin Durant showing up in the finals is gone, with KD out for an Achilles injury. The Warriors will have to go on without him, and this changes things. Kevon Looney may also be out for a collarbone injury, but it is not final yet.

Most Raptors fans would wager that the timeout from Nick Nurse was ill-timed. They blame him for the Raptors not being able to get their championship win that night. And now, game 6 will be held in Oakland, home of the Warriors.

It may boil down to the skill of the Splash Brothers, Stephen Curry, and Klay Thompson, plus Draymond Green, versus Kawhi Leonard and Kyle Lowry. The Raptors have been performing better both offensively and defensively, and they are standing up well against the Warriors. If they continue to hold off the shooters in the Warriors, then they have their paths to a title right in front of them. The next game will be a physical game, much more than ever. Will the Raptors succumb to the pressure? Or will the Warriors crumble without a strategy that does not include KD? We’ll find out June 13 at 9:00 ET.

by Lewis on Sportsbook Pay Per Head Services
My Choice!

Keep up the good work! I haven't encountered any problems with their services and satisfied with them...