Once upon a time, the gambling sector was all about men dominating the gambling and sports betting industry. If anything, women were only seen as a force in the casino industry that never broke into sports gambling. However, this is no longer the case with over 4.6 million U.S. women downloading sports betting apps just last year. While the numbers are still small in comparison to men, this is a 115% growth over 2020. Furthermore, that is not the only change as more women hold significant roles in gambling companies. Thus, we look at The Most Powerful Women in the Gambling Industry to see how much influence they hold.

Since there are hundreds of powerful and influential women in the gambling industry, we cannot cover them all. Instead, we will focus on the ones that hold high position with gambling and sports betting companies.

The top 3 Most Powerful Women in the Gambling Industry

Denise Coat the CEO of Bet365 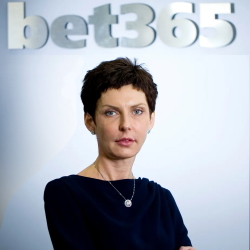 Unknown to most gamblers, Denise Coates is the CEO and cofounder of the Bet365 group. In 2000. Coates bought the bet365.com domain name and made it one of the world’s largest online gambling companies. She did this by re-mortgaging her father’s betting shops for £15 million.

Coates now owns about half of the company and made headlines last year for earning £469 million in one year.

Today, she and her colleagues control a gambling empire that handles more than $45 billion in wagers every year. In 2019, Coates was inducted to the Sports Betting Hall of Fame for her leadership in the gambling industry. Needless to say, she is one of the most influential and powerful persons in the gambling world.

Her current net worth $5.2 billion and ranks #506 in the list of billionaires in the world.

Jette Nygaard-Andersen, the CEO of Entain 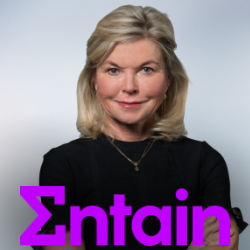 Jette Nygaard-Andersen is the CEO of the global gaming company Entain which, along with MGM Resorts, co-owns BetMGM. Interestingly enough, she does not think of herself as a CEO but rather as a gambling industry leader.  Her ambitions are to change the industry in terms of the product offering when it comes to inclusion and diversity.

She holds a master’s degree in business, finance and economics from the University of Copenhagen

In 2019, Nygaard-Andersen became a non-executive director of Entain. However, it was not until January 2021, she became the CEO Entain. In fact, according to Bookie Pay Per Head info, she was the first female CEO of a UK-listed betting company.

Thus, she spearheads of one of the largest gambling companies in the world with brands like Partypoker, BetMGM, and Borgata.

Amy Howe, the CEO of FanDuel 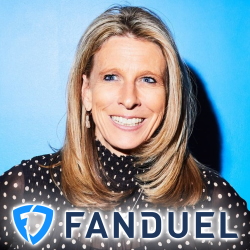 Amy Howe is the current CEO of FanDuel after signing up with them last year. However, before she became the FanDuel leader, she was the Global chief operating officer for Ticketmaster. She is a graduate of Cornell University and hold an MBA from Wharton Business School.

Needless to say, she is born businesswoman with an impressive resume under her belt. Some of these positions include being a partner at McKinsey & Company. In addition, she even made the Billboard’s 50 Most Powerful Executives in the Industry list several times.

Recently, she has been on the news for her successful growth of FanDuel in the mobile sports betting industry.

Thanks to her leadership, FanDuel is projecting full-year profitability in 2023. According to the sports betting software industry, this would be at least a year earlier than competitor DraftKings.

Open a Sportsbook Operation with PricePerPlayer.com for $5 or Less Per Player