Sports Betting is a billion-dollar industry. As betting markets continue to grow, Pay Per Head providers have been providing better and more inclusive services to cater to an international market. There is also an increase on those wanting to get into the business, and we do have a how to be a bookie tutorial for that, too.

Sports betting in the US is expected to grow over the next decade. Analysts even say that the US can be the biggest sports betting market in the near future. That is, if sports betting will be allowed across the country. 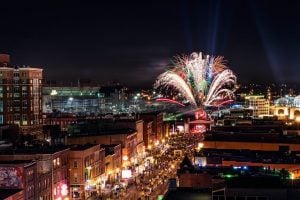 One of the question marks on the legalization of sports betting across the US, is Tennessee. Representative Rick Staples is sponsoring a sports gambling bill that is currently facing a lot of opposition within the House State Committee. Its version in the Senate is also being under a lot of scrutiny by the Senate Government Operations Committee.

But the stonewalling is not a simple yes or no issue. Representative Jason Powell has argued to amend the bill to allow the cities to vote on physical betting stores through referendum. He also wants to reduce the licensing fee to drop to just 10% of the original: $75,000 instead of $750,000. But since these amendments are not going his way, he is also forming an opposing opinion on the bill. The senate committee will delay the voting for this bill for another week.

Other forms of opposition do not seem as logical as Powell’s. Some argue that sports betting will take away people from church, or comparing gambling to drug use. The complications and the debate on the terms of the bill will probably be discussed further. This means, before the bill goes through next week, lawmakers have to find compromise to smoothen the bill out. That is, if they want to see sports betting soon in Tennessee.