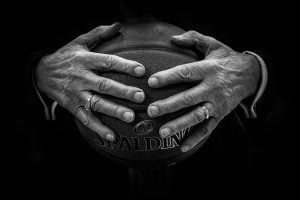 The National Basketball Association (NBA) has signed into a non-exclusive, betting data deal with Genius Sports and Sportradar. The deal centers on the distribution of NBA data to betting operators licensed in the US. This is the first agreement that the NBA is singing in terms of betting data. This agreement covers data from both the NBA and the WNBA.

Sportradar is not a stranger to the league, though. They have had an agreement for about two years already that is also on data distribution. But this agreement is about distribution to operators outside of the US.

Of course, deals like these are not unfamiliar to the gambling world. A lot of countries have laws that legalize sports betting. This means data partnerships, sponsorships, and advertisement of operators with sports leagues and teams happen a lot. But in the case of the US, it has not been that common. In fact, these agreements have popped up after the federal betting prohibition was repealed by the US Supreme Court mid-year.

As this is a great market, you will see that in bookie pay per head news, a lot of the discussion is on sports leagues and teams who partner with operators. This is not limited to the NBA, of course. But the basketball league has been angling to sign deals and benefit from these partnerships even before the law was repealed.

A lot of sports leagues are actually rooting for “integrity fees”, but this has been opposed by operators. This has not also been included in any law so far that has been passed to legalize sport betting in the various states in the US. Instead of this, leagues have been making deals for data distribution to somehow profit from the industry.