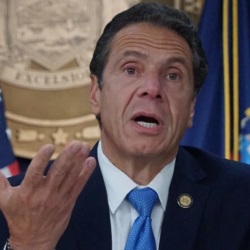 The New York Sports Betting Bill Passes the Senate making legal sports betting almost a reality within the state.  However, one more step is necessary before sports betting fans will be able to bet on sports.  This is because New York Gov. Andrew Cuomo must sign the bill before it becomes a law.

On Monday, Sports Betting Bill S17D made it thru the Senate with an overwhelming majority in favor of the bill.  The final result of the vote was 57 in favor and 5 against passing the sports betting bill. Voting for the bill was done soon after the approval of sports betting regulations by the New York Gaming Commission.

New York Senator Joseph Addabbo Jr. is the man responsible for Bill S17D. He began the introduction of his bill earlier this year and made several change to it so it would pass.  Thus, he had to make several collaboration with different senators to edit the bill in order to make is successful.  Furthermore, to sports betting software websites, his bill is one of the longest-debating sports betting bills to hit New York.

Can the Sports Betting Bill make it pass the NY Assembly?

However, Cuomo has not made any definitive statement that he will veto the sports betting bill. Furthermore, his office has taken the stance that a constitutional amendment is necessary before it can legalize mobile sports betting.

If the bill passes, sports betting would be available in casinos and also in professional sports arenas and stadiums. According to estimates, it could bring as much as $10 to $30 million per year in revenue for education purposes. Thus, several Pay Per Head Bookie providers are closely watching the situation as it could increase their market target.

by Phillip on Sportsbook Pay Per Head Services
My pay per head provider!

Three years in and I am very happy with their service. Their software is very easy to use, and my players...

by Charles on Bookie Pay Per Head Service
Try it today!

I used a lot of PPH providers in the past couple of years and I can say that PricePerPlayer is the best...

by Ethan on Sportsbook Pay Per Head Services
Love them

The pph software is so easy to use. My customers say the same on their end, too. The live betting option...